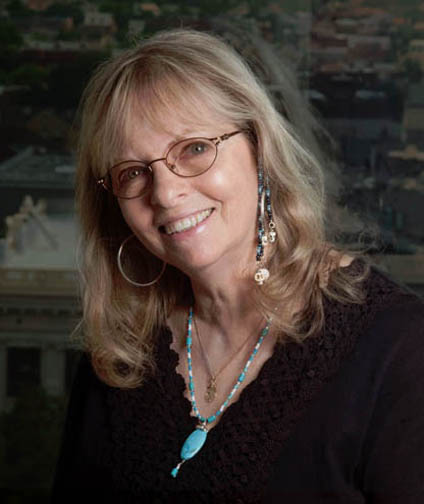 When I was a very young child, I had been given a “magic stick.” I found that I could make marks on things with this pencil. I used this “magic stick” to write on paper, walls, floors or any surface that I could find, even though my parents didn’t always appreciate where I chose to create my murals. Then, I began to discover that I could control this tool. In time, the crayon joined the pencil. The smell of crayons still brings back those first moments of discovery. It was then that I knew I was an artist.

As I became an adult, and with all the “twists and turns” of life, I have used art as a means of personal expression. It became my passion, an outlet, and a means of communication. It took the insistence of others to begin to show my work. I wasn’t aware that the work that I was creating on my own had a place in the “commercial” world. I had my own vision, but found a way to satisfy the publishing market and still maintain my artistic integrity, enthusiasm and imagination. For me, this has been a journey of pure delight.

For over 39 years I have produced hundreds of book covers, many more hundred interior illustrations and have worked for most of the major publishers. My work has spanned varied genres including, horror, mystery, science fiction, fantasy, children’s books and mass media. Over the years I have attended many conventions in the field. I have received five World Fantasy Award nominations, Chesley Award nominations and many best in show ribbons. There have been shows at the Delaware Art Museum, the Moore Gallery of Art in Philadelphia, Lever House Show in New York, several pieces exhibited at New York’s Illustrator’s Society and the Seattle Museum of Science Fiction.

My works have appeared on covers and interiors of a variety of magazines including Weird Tales, Fantasy Magazine, Space & Time, Cemetery Dance, The Magazine of Fantasy and Science Fiction, Fangoria Magazine, Realms of Fantasy, and Amazing Stories.

As an avid reader, the thought of being able to visually illustrate an author’s words and use my imagery to bring them to life is for me, the ultimate. I have met so many wonderfully creative people that supported my efforts and expanded my world. Enjoy the art. I hope that it is informative, entertaining and thought-provoking, proving that the “magic stick” can communicate to others.